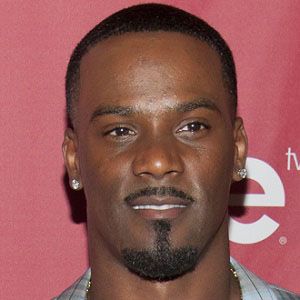 Cornerback who was selected by the New York Giants in the 2007 NFL Draft. He helped the Giants win Super Bowls XLII and XLVI.

He was an All-State football and basketball player at John Tyler High School in Texas.

He was named the nation's top defensive back in 2006 and received the Jim Thorpe Award, the same year he played with the Texas Longhorns in the Alamo Bowl.

He married four-time Olympic gold medalist Sanya Richards in 2010 after they dated for seven years. In August 2017, they welcomed a son: Aaron Jermaine Ross II.

He helped Eli Manning and the Giants win Super Bowls XLII and XLVI.

Aaron Ross Is A Member Of