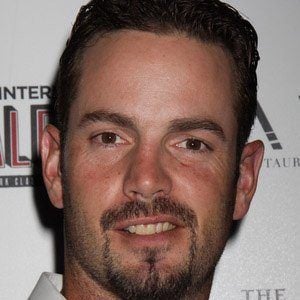 MLB outfielder who won World Series Championships with the Chicago White Sox in 2005 and San Francisco Giants in 2010.

He was named an All-American with playing for Cal State Fullerton.

In 2007, while playing for the Philadelphia Phillies, he won his first Gold Glove Award and was selected to his first MLB All-Star game.

He had two children, Tatum and McKay, with his wife Marianna Griffin.

He played alongside starting pitcher Tim Lincecum on the San Francisco Giants during their 2010 World Series Championship season.

Aaron Rowand Is A Member Of