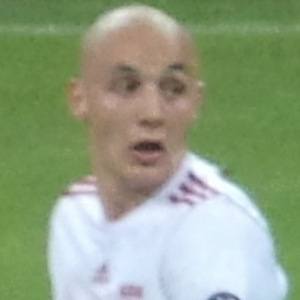 Attacking midfielder who has risen to fame for his international club career, including in Turkey's Süper Lig for Sivasspor between 2012-2016. He was named the Süper Lig's top scorer at the conclusion of the 2013-2014 season and led the club to Europa League qualification.

He made his professional soccer debut in 2005 for Racing Paris.

His parents are of Moroccan descent.

He and Volkan Demirel played as teammates for Fenerbahçe S.K.

Aatif Chahechouhe Is A Member Of