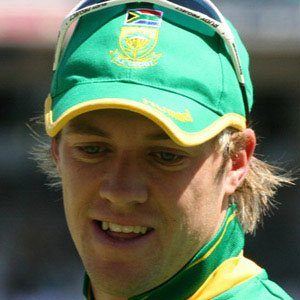 He was a successful tennis, rugby and golf player as a teen. He made his Test debut in 2004, when he was only 20 years old.

In January 2015, he set two ODI records in a match against the West Indies, hitting the fastest half-century (off 16 balls) and fastest century (off 31 balls) in the format.

He married Danielle de Villiers in 2013; the couple have sons named Abraham and John. He has two brothers, Jan and Wessels.

He took over as Test captain from teammate Hashim Amla.

AB de Villiers Is A Member Of