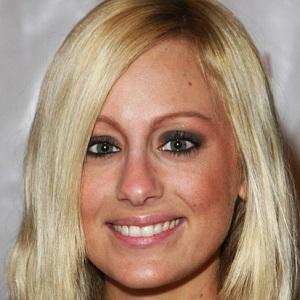 Los Angeles-based actress and singer who released her debut EP, Turn It Up, in 2012. As an actress, she is best known for her many appearances on the long-running CBS soap opera The Young and the Restless.

She was born in Tarzana and studied acting and music at Moorpark College.

She has worked as an entertainment reporter for Maximo TV and was the last reporter to interview actress Brittany Murphy before her untimely death.

Her father is songwriter Norman Saleet, who penned songs for artists like Air Supply and Celine Dion.

She co-starred with Kenan Thompson in the 2009 TV movie Johnny B. Homeless.

Abbey Scott Is A Member Of