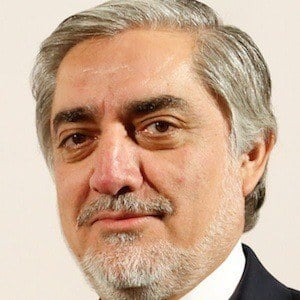 Afghan politician known for being the first Chief Executive of the Islamic Republic of Afghanistan, an office created as part of an agreement with Ashraf Ghani after a contested 2014 presidential election.

He worked as a pharmacist in the mid-1980s but later left the country for a time during communist unrest.

He grew up with nine siblings. He married Fakhria Abdullah in 1993.

Abdullah Abdullah Is A Member Of