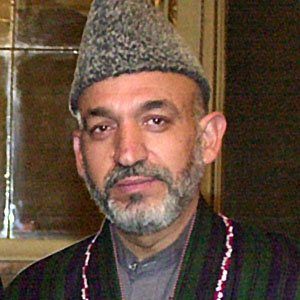 He took a postgraduate course in political science at Himachal Pradesh University and eventually earned his Master's Degree.

He was the victim of 4 assassination attempts between September 2002 and April 2008.

His father, Abdul Ahad Karzai, was Deputy Speaker of the Parliament.

U.S. Vice President Dick Cheney was present at his inauguration in 2004.

Hamid Karzai Is A Member Of