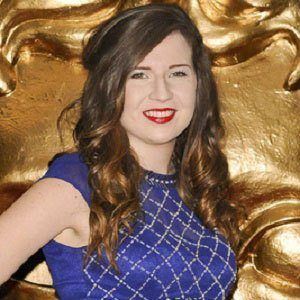 A singer-songwriter who gained prominence during the 2013 season of The X Factor in the UK. She was a finalist but joined the show's tour that year. Her EP Souvenirs was released in 2015.

She learned to play a variety of instruments as a child and began singing performing in local pubs and clubs at the age of 14.

Her father is her biggest supporter and is often seen helping her with her musical endeavors on her social media accounts.

X-Factor host Dermot O'Leary comforted her when she found out she was voted off the X Factor.

Abi Alton Is A Member Of