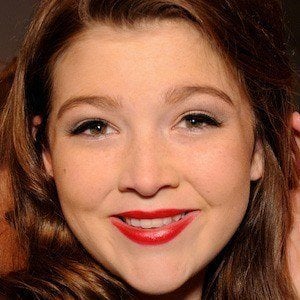 Actress known for playing Rachel Lane in World War Z. She also appeared in an episode of The Dark Side.

She started auditioning after she watched her sisters try out for various roles and realized it was something she would also like to do.

She appeared in the short film Butterfly Circus in 2009.

She has four older sisters, including two who are identical.

She and Sterling Jerins starred as the Lane daughters in World War Z.

Abigail Hargrove Is A Member Of