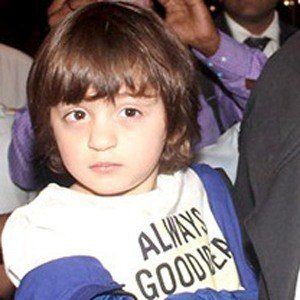 Best known as the youngest child of the Bollywood filmmaking duo Shah Rukh and Gauri Khan.

Because his parents were already well-known in the Bollywood world, his birth was highly anticipated and he quickly became one of the most popular celebrity children in India.

He made his Bollywood debut in a small appearance in his father's film Happy New Year.

Both of his siblings, brother Aryan and sister Suhana, are significantly older than he is, each more than a decade his elder.

He is the child of a celebrity powerhouse couple, much like North West.

AbRam Khan Is A Member Of