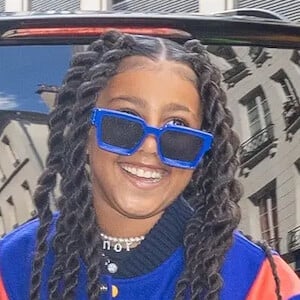 Daughter of Kim Kardashian and Kanye West. The paparazzi drooled over this baby, sending helicopters to get pictures of her. When she was 2, she began to more frequently appear on episodes of Keeping Up with the Kardashians.

Her parents Kim and Kanye announced that the baby was due at the end of 2012, her parents were engaged but not married when she was born.

The first party that she attended was at the house of Caitlyn Jenner during the 4th of July holiday.  She was on the cover of WWD Beauty Inc. in February of 2019.

Her grandmother, Kris Jenner, was very involved with her upbringing as she has been with her other grandchildren.

North West Is A Member Of

Keeping Up with the Kardashians
8 Year Olds
Family Members
Geminis