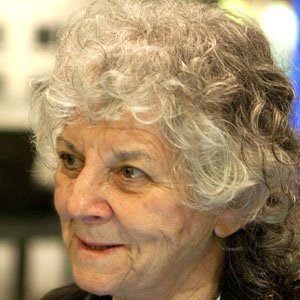 An Israeli crystallographer and chemist who is best known for her pioneering work on the structure of the ribosome. She became the first Israeli woman to win a Nobel Prize when she won one in chemistry in 2009.

She graduated from the Hebrew University of Jerusalem with a bachelor's degree in chemistry in 1962.

She was the first woman in 45 years to win the Nobel Prize for Chemistry.

Her father was a Rabbi who immigrated to British-mandated Palestine from Poland in 1933.

She was the first female to win the Nobel Prize in Chemistry since Dorothy Hodgkin did it in 1964.

Ada Yonath Is A Member Of