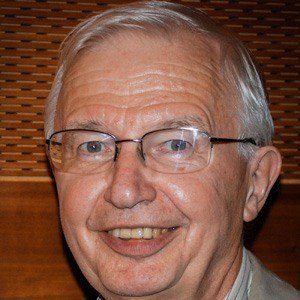 French chemist and innovator in the field of supramolecular chemistry who received the Nobel Prize in Chemistry in 1987 for his work involving the synthesizing of cryptands. He worked for many years in the Chemistry Department of the University of Strasbourg.

He learned to play the organ as a child.

He had two sons with his wife Sylvie Lederer, who he married in 1965.

He won the Nobel Prize two years before Thomas Cech did.

Jean Marie Lehn Is A Member Of