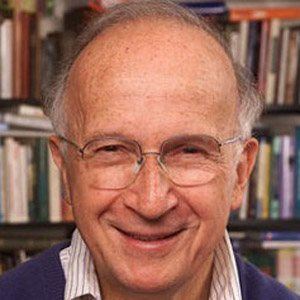 Nobel Prize winning chemist who worked in the field of Reaction Mechanism. He co-hosted the educational series, The World of Chemistry.

He attended Columbia and Harvard University.

He also wrote poetry and released The Metamict State and Gaps and Verges.

His family escaped the holocaust by hiding in the attic and a storeroom of the local schoolhouse, where they remained for fifteen months.

He starred in the PBS show The World of Chemistry which was produced by Richard Thomas.

Roald Hoffmann Is A Member Of