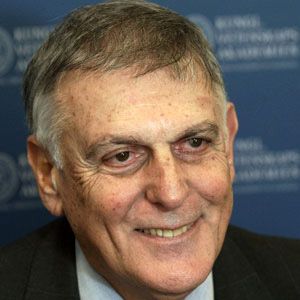 Israeli scientist who received the 2011 Nobel Prize in Chemistry for his discovery of quasicrystals, a structure that is ordered but not periodic. In January of 2014 he announced his candidacy for President of Israel.

He obtained his Ph.D. in materials engineering from the Technion in 1972.

He won the Wolf Prize in Physics in 1999 and was awarded the 2000 Gregori Aminoff Prize from the Royal Swedish Academy of Sciences.

He has four children with his wife Prof. Tzipora Shechtman.

He was heavily criticized by Linus Pauling because of his non-periodic interpretation of his research.

Dan Shechtman Is A Member Of