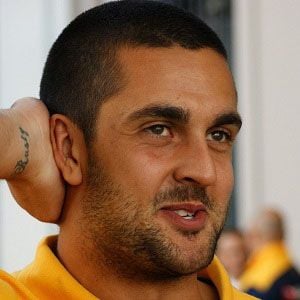 Australian goalkeeper best known for his years with Reading FC, where he won Football League Championship titles in 2006 and 2012. He was voted the team's Player of the Season for the 2014-15 season.

Began his career with the Huskisson Soccer Club and joined the Australian Institute for Sport before moving to England as a teenager.

In 2015, he helped Reading FC reach the FA Cup semifinals for the first time since 1927.

He married Micaela Gardner in May 2015.

He and Luke Wilkshire both played for the Australian national team at the 2010 FIFA World Cup.

Adam Federici Is A Member Of