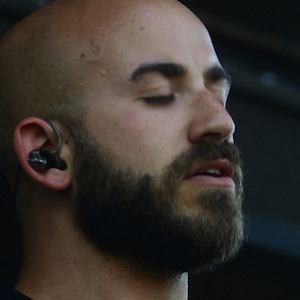 Bassist for the progressive metal band Periphery, best known for albums such as Juggernaut: Alpha.

Periphery was formed in Washington, DC in 2005, and debuted its self-titled first album in 2010.

He is also known by his nickname Nolly.

He is from England and has a cat named Spencer.

Perpiphery was started by Misha Mansoor.

Adam Getgood Is A Member Of