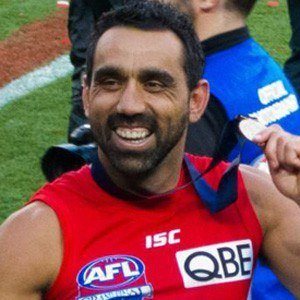 Australian rules football star who was named to multiple All-Australia teams during his career. He announced his retirement in 2015. Since his retirement, he has become an outspoken advocate against racism.

He played for Victoria at the U16 and U18 level.

He became one of the most decorated Indigenous Australian AFL players with two Brownlow Medals and three Bob Skilton Medals.

He grew up with two brothers, Jake and Brett; Brett also found success as a professional AFL player.

He was teammates with Dale Thomas on Australia's international team in 2008.

Adam Goodes Is A Member Of