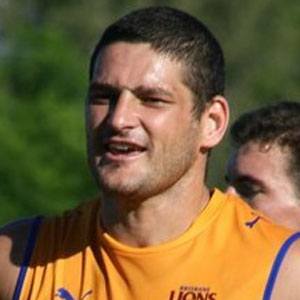 He was one of the talented AFL prospects featured in the television documentary The Draft.

The unusual length of his set shot ritual was partly responsible for a new rule that limited the time allowed for a set shot to 30 seconds.

He and fellow full forward Jack Reiwolt both won the Coleman Medal for the AFL's leading goalkicker.

Brendan Fevola Is A Member Of