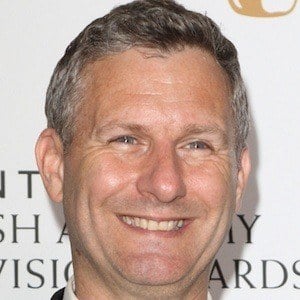 Comedian and TV presenter who hosts the Australian music trivia show Spicks and Specks. In 2013 he hosted a special one-off revival episode of Channel 4's quiz show, Fifteen to One.

He studied at Macquarie University while discovering his comic abilities.

He appeared on a show called Adam Hills in Gordon Street Tonight.

He lives with his wife Ali McGregor. He has two daughters, Maisie and Beatrice.

He hasbeen on an episode of Nevermind the Buzzcocks with Bill Bailey.

Adam Hills Is A Member Of