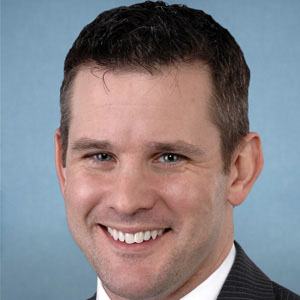 He joined the United States Air Force in 2003.

While attending Illinois State University, he became a County Board member in McLean County, Illinois.

He was born to Rus and Jodi Kinzinger.

He served in the House of Representatives while Barack Obama held office as President of the United States.

Adam Kinzinger Is A Member Of