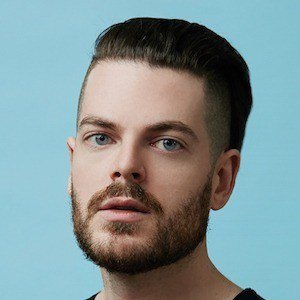 Designer and author most well known for the release of his interactive book 1 Page at a Time: A Daily Creative Companion. He also worked as a social media artist for BuzzFeed and has collaborated with brands like Urban Outfitters and Tumblr.

He earned his bachelor's in graphic design from the University of Maryland Baltimore County in 2009 and went on to become a studio assistant for Houpla.

His online gift shop has become an outlet for his designs on quirky objects like t-shirts, bags, notebooks, and even ash trays.

He is close friends with his fellow former BuzzFeed coworker Ashly Perez.

Adam J. Kurtz Is A Member Of