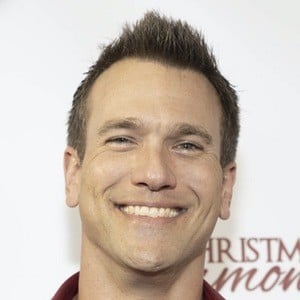 Actor who is best known for his recurring role in the ABC series Days of Our Lives in 2015. He has starred in a variety of film and television series throughout his career.

He graduated from DePaul University's Theatre School in Chicago. With several plays and musicals under his belt, he moved to Los Angeles to pursue a career in acting. He quickly got noticed and made his TV debut in the series Boston Public.

In 2013, he was nominated for Best Lead Actor in The Preacher's Daughter, which won Best Feature Film at the St. Tropez International Film Festival.

He was born and raised in Texas with a brother and two half sisters.

With a guest spot on NCIS in 2016, he starred alongside Mark Harmon, Pauley Perrette, David McCallum, and Sean Murray.

Adam Mayfield Is A Member Of