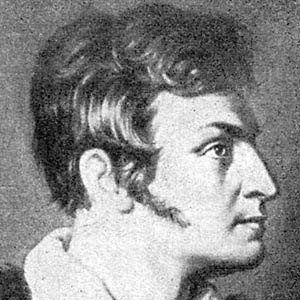 Polish poet, dramatist, and essayist who was a primary figure in European Romanticism. His politically influential poetic works include Dziady, Grazyna, Pan Tadeusz, and Konrad Wallenrod.

He studied at the Imperial University of Vilnius. He published his first poem, "Zima miejska," in 1818.

He, along with Juliusz Slowacki and Zygmunt Krasinski, was considered one of Poland's 'Three Bards.'

Born into Polish nobility, he was the son of Mikolaj and Barbara Mickiewicz. His wife Celina died in 1852.

Widely regarded as the greatest poet in the history of Polish literature, he has been called a Polish William Shakespeare.

Adam Mickiewicz Is A Member Of