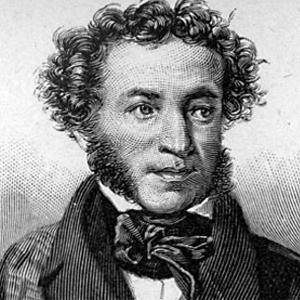 Known as the founder of modern Russian literature and one of the greatest Russian poets of all time, he wrote Eugene Onegin, Boris Godunov, and The Captain's Daughter, among other works. He is often associated with the Romantic movement.

He published his first poem when he was fifteen years old. By 1820, he had joined radical literary circles, had published politically controversial works, and was under the close watch of the Russian government.

He was born of Russian nobility. He married Natalya Pushkin, with whom he had two sons and two daughters.

Alexander Pushkin Is A Member Of