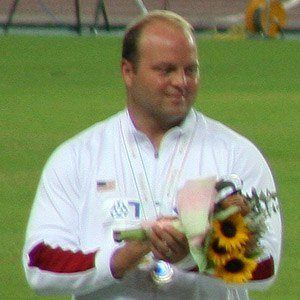 Shot putter who was awarded a gold medal in 2013 for his performance in the 2004 Olympics after the winner tested positive for performance-enhancing drugs.

He lettered in football and track and field at The Lovett School in Georgia.

He won silver at the 2000 Olympics in the shot put.

Yuriy Bilonog had originally won the shot put gold medal at the 2004 Olympics but lost it for doping.

Adam Nelson Is A Member Of