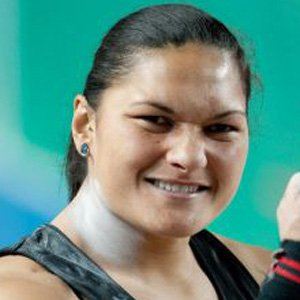 She grew up with 17 siblings, many of whom have used their large stature to also become professional athletes. One of her siblings is basketball player Steven Adams. She was married to Bertrand Vili from 2004 until 2010. She married Gabriel Price in 2016 and is close with her in-laws.

She is one of her country's most dominant shot putters, much like her English male counterpart Geoff Capes.

Valerie Adams Is A Member Of