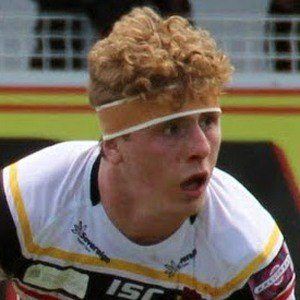 Bradford Bulls player in the Championship rugby league whose favored position is hooker. In 2013, he was dual registered with Dewsbury.

He was brought up as a product of the Bradford Junior Development system.

For England Academy, he appeared as an interchange in a 2010 under-18 match against France.

He has an older brother Luke O'Brien who is a footballer as well.

He was a teammate of Kris Welham on the Bradford Bulls.

Adam O'Brien Is A Member Of