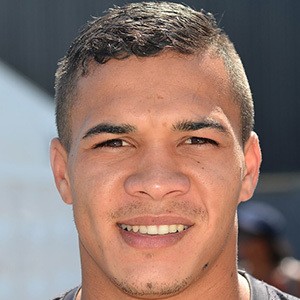 Rugby union fullback and winger who has gained fame for his career playing for the South African national squad. He helped lead the squad as the starting right wing to victory at the 2019 Rugby World Cup.

He played youth rugby with Western Province between 2009-2012.

He won the bronze medal for South Africa's rugby sevens squad at the 2016 Olympic Games. He also won the French Rugby Championship with Stade Toulousain in 2019.

He and Steven Kitshoff have played as teammates for the South African national rugby union squad.

Cheslin Kolbe Is A Member Of