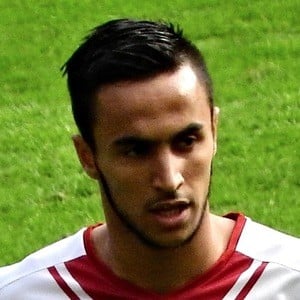 He was four years old when he first joined the Tours FC. He played with the club for ten years before joining the under fourteen youth team. His senior career began in 2013 when he started playing with the Bordeaux club. In 2017, he debuted for the Algeria national team.

Having been born in France to Algerian parents, he is eligible to represent both countries internationally.

His father Hadji Ounas was a former professional goalkeeper.

He played alongside Ismael Bennacer and Abdelmoumene Djabou as part of Algeria's national team.

Adam Ounas Is A Member Of