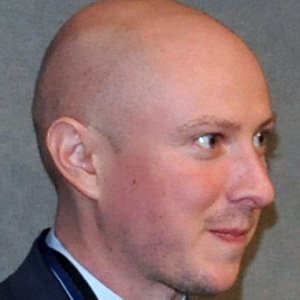 Democratic strategist who served as National Field Director for the Democratic National Committee in 2016. He co-founded the super PAC Ready for Hillary, which he created in order to persuade Hillary Clinton to run for President.

He was raised in Arlington, Virginia. He graduated from Washington-Lee High School and George Mason University.

He unsuccessfully ran for Vice Chair of the Democratic National Committee in 2017.

He married Kirby Hoag in 2015. He has a son named Cameron.

His candidacy for the Virginia House of Delegates in 2009 was endorsed by Bill Clinton.

Adam Parkhomenko Is A Member Of