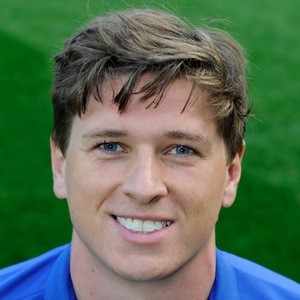 He spent a year in Middlesbrough's youth system, then scored a goal in his senior debut on May 7, 2011.

He competed for England's national team at the U19 and U20 levels.

He was born in Chester-le-Street, England.

He and forward Hamilton Ricard both played for Middlesbrough during the early years of their professional careers.

Adam Reach Is A Member Of