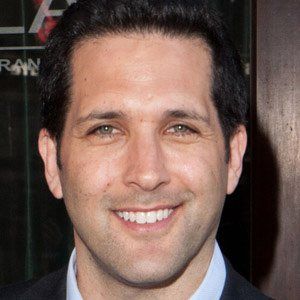 Popular ESPN Insider with knowledge and connections in the NFL.

While attending the University of Michigan, he became editor of the school newspaper, The Michigan Daily.

He attended Northwestern for graduate school to continue his study of journalism.

He made a cameo appearance in the film "The Longest Yard" which starred Adam Sandler.

Adam Schefter Is A Member Of