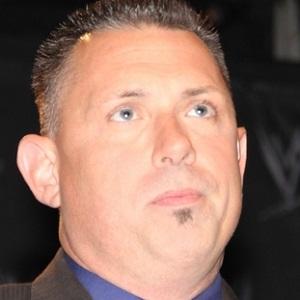 Professional wrestling commentator for the WWE who appeared first on SmackDown, then on Raw. He is known for his antagonistic schtick.

He was a legitimate journalist for CBS radio and covered Michael Dukakis' 1988 bid for the presidency, as well as the Oklahoma City bombing in 1995.

He was praised for how he handled Jerry Lawler's on-air heart attack during the September 10, 2012 episode of Raw.

He grew up in New York. He's married to Yolanda Cole.

He and Daniel Bryan carried out a riveting feud in 2010.

Michael Cole Is A Member Of