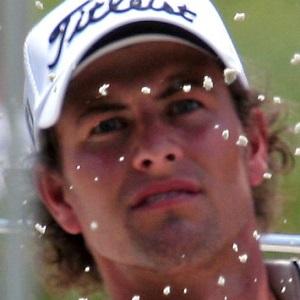 Professional golfer who, in 2013, became the first Australian ever to win the Masters Tournament. He won the ISPS Handa World Cup of Golf with Australian teammate Jason Day the same year.

He emerged victorious at the Australian Boys' Amateur in 1997 and 1998.

He was ranked as the top men's golfer in the world from May to August 2014.

He married Marie Kojzar in 2014. He was previously in a relationship with top-ranked women's tennis player Ana Ivanovic.

He beat out runner-up Angel Cabrera in a playoff at the 2013 Masters Tournament.

Adam Scott Is A Member Of