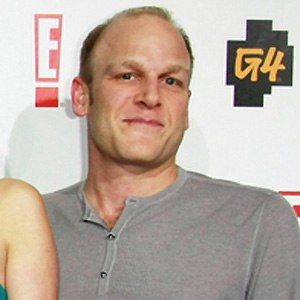 Producer of the gaming company Revision3 and the co-host of, alongside Morgan Webb, the G4TV show X-Play.

He studied English literature at UCLA.

He was a video game correspondent for Attack of the Show!.

He was one of seven hosts, including Morgan Webb, that kept their jobs after the merger of G4 and TechTV.

Adam Sessler Is A Member Of