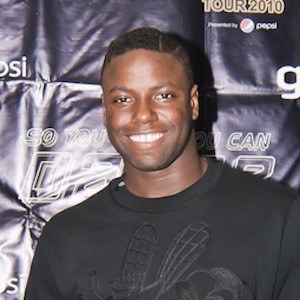 Contemporary dancer who won legions of new fans through his time as a contestant on season five of So You Think You Can Dance. Since appearing on the show, he has been a backup dancer for music superstars like Beyonce and Alicia Keys.

He began dancing at age six and was named the Arizona State champion for gymnastics at ten. He later studied dance and sound engineering at Chapman University.

He returned to So You Think You Can Dance as an all-star for seasons seven and eleven.

He danced in the music video for Rihanna's "Hard."

Ade Obayomi Is A Member Of