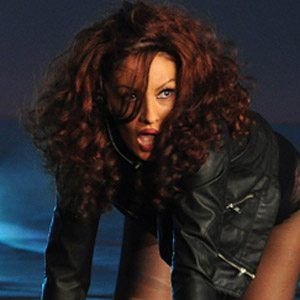 Known for such Albanian hit albums as S'Jam Sex Bombe, 100% Zeshkane, and Prej Fillimit, this Balkan Pop singer also became known as an actress and beauty pageant contestant. In 1997, she earned the Miss Kosovo title.

During the 1990s, she competed in numerous vocal talent competitions and frequently wrote and performed songs on the topic of the rights of young people.

Her hit singles include "Shota," "Amaneti," and the Kosovo War-themed "Lavdi Ushtarit Tim."

She was born in Pristina, Serbia, to a family of Albanian heritage.

She and her Albanian contemporary, Bleona Qereti, have both had successful careers as pop singers.

Adelina Ismajli Is A Member Of