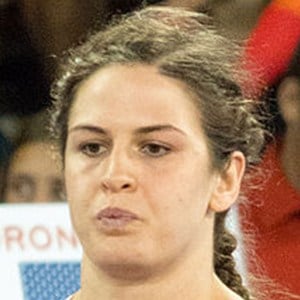 American wrestler who became a three-time world champion wrestler in the United States. She's also the first female wrestler to have her own signature shoe called The ASICS Aggressor 3 L.E. Adeline Gray.

She took her first wrestling class at the age of 6 years old.

She graduated with a Bachelor's Degree in business from DeVry University.

She used to get coached by her dad, George, a former high school wrestler. She has two sisters, Gabriella and Geneva.

Adeline Gray Is A Member Of