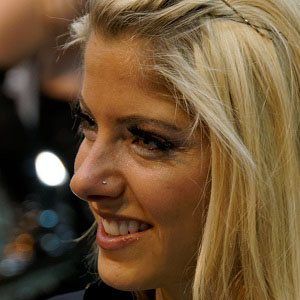 Before entering the world of professional wrestling, she competed in the Arnold Classic professional bodybuilding event.

In a 2014 episode of NXT, she faced both Alicia Fox and Charlotte, defeating the former and losing to the latter.

Born Alexis Kaufman, she grew up in Columbus, Ohio, and later settled in Tampa, Florida. Her parents are Angela and Bob Kaufman. In 2015, she got engaged to fellow wrestler Buddy Murphy; but they eventually called things off. She and singer Ryan Cabrera got engaged on November 14, 2020. The couple tied the knot in April 2022.

Alexa Bliss Is A Member Of