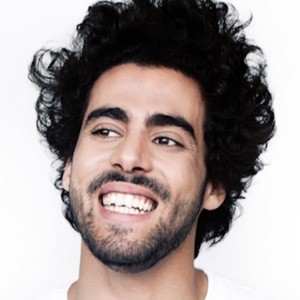 Quebec comedian who is known for his one man solo shows and his appearances on different French-Canadian television programs. He is most recognized for his 2017 solo show Ingenious as well as his role in the television series So We Talk, Like-Moi!, Code G and Les beaux malaises.

He graduated from the National School of Humor in 2010 and began working in both radio and in television. His first solo show as a comedian was in 2013 entitled I Love You.

He created and directed the web series Pause Kahwa and Avoir l'air de. He is known for having won several awards for his comedy including the Jury Prize at the Franco-Quebecois Humor Festival of Lourdes and Revelation of the Year at the Gala Les Oliver Award Ceremony.

He was born in Morocco, but moved with his family to Quebec while he was a baby. His father is Iraqi and his mother is Moroccan.

He starred alongside Emilie Bierre in the Canadian sitcom The Fine Malays.

Adib Alkhalidey Is A Member Of