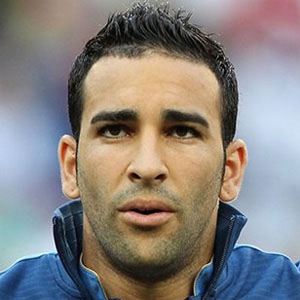 He debuted professionally for Frejus in 2003 after spending about a decade in the club's youth system.

He was born in Bastia, France.

Adil Rami Is A Member Of