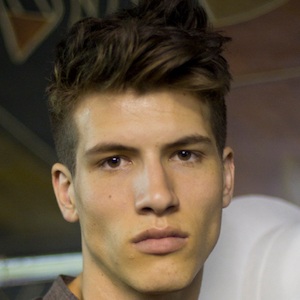 Spanish model and DJ who has editorial credits with Vogue Hommes Japan, V Man, Hercules and GQ China, amongst others.

His career began when he won a model search on the South Caribbean island of Aruba.

His first major editorial was for L'Official Hommes Italia in June 2010. He saw his catwalk debut for Givenchy in Paris that same month.

In February 2018 he posted a DJing photo with Chiara Scelsi.

Adrian Cardoso Is A Member Of