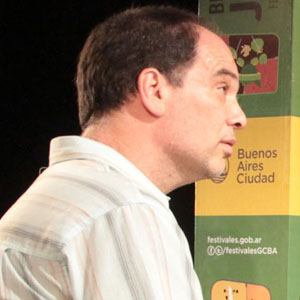 Pianist and composer who became known for combining jazz with soul, tango, and multiple other styles. He was a multiple-time Latin Grammy Award nominee.

He started giving piano lessons in 1985, while becoming a prominent fixture on the Buenos Aires jazz club scene.

He was awarded a Clarin Prize for his 2002 album "Tango Reflections." He also received a Konex Award in 2005, honoring his first decade in jazz.

His greatest training and success stemmed from the city of his birth, Buenos Aires.

His Tango Reflections Trio performed with the Brad Mehldau Trio at the 2004 Madrid Jazz Festival.

Adrián Iaies Is A Member Of