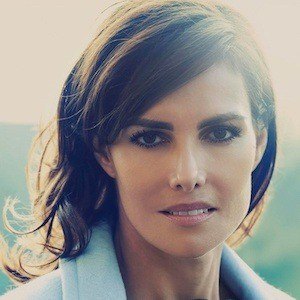 Model who was Emmy-nominated for hosting the TV show Todobebé. In 2013, she became the host of Discovery Home & Health's Desafio Fashionista. She has 110,000 followers on her adrianaabascal Instagram account.

She has appeared in Elle, Vogue, Bella, Marie Claire, and Vanity Fair.

She married Emmanuel Schreder in 2013.

She and Naomi Campbell are both models born in 1970.

Adriana Abascal Is A Member Of