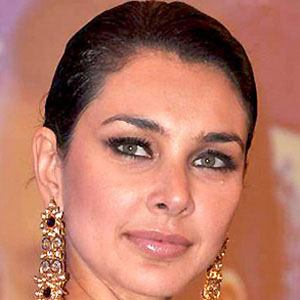 Actress, model and philanthropist who, in 2002, was voted Star of the Future at the Toronto International Film Festival. She was also honored with the Diamond Jubilee Medal in 2013.

She began her modeling career at 16 after being discovered while on vacation with her family.

In 2013, she was named one of Canada's 50 Most Beautiful Stars in Hello Canada magazine.

She shared the screen with Woody Harrelson in the 2009 film Defendor.

Lisa Ray Is A Member Of