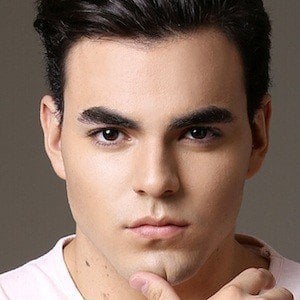 He launched his career by doing commercials throughout his childhood.

He made his film debut in the 2012 adaptation of the James Church novel Hidden Moon.

He was born in Mexico City and has two sisters named Samadhi and Dassana. He began dating actress Laura Carmine in 2016; but they later broke up.

A Que No Me Dejas
Club 57
Mariposa de Barrio
More