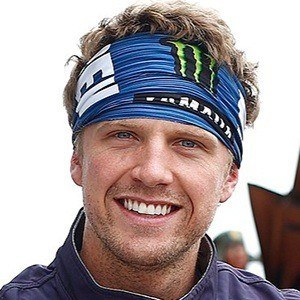 French motocross driver who won the Enduropale du Touquet in 2014, 2015, and 2016 making him the dirve driver to win the title in three consecutive years since Eric Geboers did in the 1990s.

In 1997 he received his first motorcycle for Christmas and began racing shortly after.

He is currently sponsored by Yamaha bikes.

He posted a pic with his sister Florence in September 2017.

He is a Monster athlete along with Conor McGregor and Gus Kenworthy.

Adrien van Beveren Is A Member Of