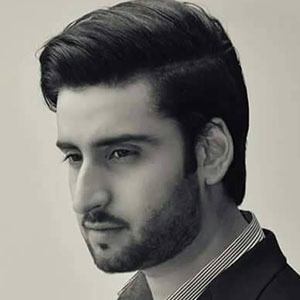 Pakistani actor, writer, and singer who is best recognized for his appearances on several Hum TV programs. He is known for having landed the recurring roles of Zawar on the series Mein Hari Piya, Tariq on the show Noori, and Areeb on the series Mehram.

He first started his career as an actor at the age of 19, performing in several theater productions throughout college. He then started appearing on television in 2006 as an anchor for A-TV and went on to Total Round Up. His acting career then started in 2005 when he played Sameer in Yaad Piya Ki Aaye.

He is known for having won the Best Anchor Award at the 2006 A-TV Awards.

He was born and raised in Karachi, Sindh, Pakistan and has a brother named Ali Sikander. He is married to actress Hina Altaf Khan.

He starred alongside Zhalay Sarhadi in the 2018 television drama series Mere Bewafa.

Agha Ali Is A Member Of