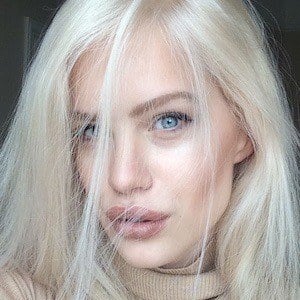 Model who placed third in Sweden's Next Top Model in 2014. She also posts vlogs to her self-titled YouTube channel.

She rose to prominence when she posted a video criticizing the unrealistic beauty standards in the modeling industry. Though her Body Mass Index was just 17.5, which is classified as underweight, she was told by many modeling agencies that she was too big to be a model.

She is from Sweden and has two brothers.

Like Frida Gustavsson, she is a model from Sweden.

Agnes Hedengard Is A Member Of